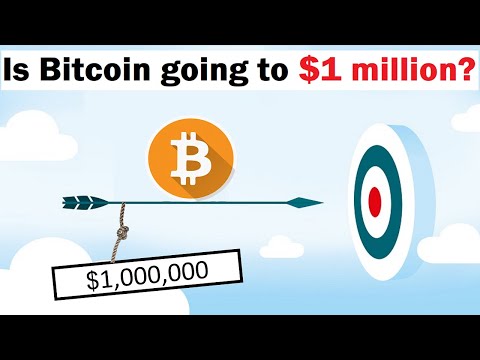 Bitcoin 11 Years - Achievements, Lies, and Bullshit Claims So Far - Tooootally NOT a SCAM !!!!

That's right folks, it's that time again for the annual review of how Bitcoin is going: all of those claims, predictions, promises .... how many have turned out to be true, and how many are completely bogus ???
Please post / link this on Bitcoin (I am banned there for speaking the truth, so I cannot do it) ... because it'a way past time those poor clueless mushrooms were exposed to the truth.
Anyway, without further ado, I give you the Bitcoin's Achievements, Lies, and Bullshit Claims So Far ...
.
Bitcoin Achievements so far:
.
Correct Predictions:
.
Bitcoin Promises / Claims / Price Predictions that turned out to be lies and bullshit:
.
But it's NOT all bad news, some claims and promises are yet to be determined:

We may by care and skill be able to trim our ship, to steer our course, or to keep our reckoning; but we cannot control the winds, or subdue deceitful currents, or prevent disasters.
The Sailors’ Prayer Book: A Manual of Devotion for Sailors at Sea (1852)


This is my thirty-fourth portfolio update. I complete this update monthly to check my progress against my goals.

My objectives are to reach a portfolio of:
Both of these are based on an expected average real return of 4.19 per cent, or a nominal return of 7.19 per cent, and are expressed in 2018 dollars.

Presented visually, below is a high-level view of the current asset allocation of the portfolio.[Chart]

This month the portfolio grew by just over $17 000 in total, following two consecutive months of small declines.[Chart]
The total equity component of the portfolio has grown, including through new contributions and another part of the June distributions being 'averaged into' equity markets. The only major reductions in the portfolio has been the result of a sharp downward movement in the price of Bitcoin.
[Chart]
Lower credit card expenditure and the gradual increase of the trailing three year average of distributions paid has helped sustain a sense of momentum this month. Together they have continued to narrow the gap between distributions paid and credit card spending to less than $500 per month.
[Chart]
The complete closure of the remaining gap is within sight. Assuming no sustained reversals in the absolute level of distributions through time, this could happen in the next 12 months.
Some added progress towards this goal should come from pending quarterly distributions from the Betashares A200 ETF and Vanguard's Australian shares ETF (VAS). These are currently being finalised. The draft distributions guidance indicates that for A200 and VAS these quarterly distribution should total around $4 700, approximately double the absolute level of the same quarterly distributions a year ago.
New investments this month have been higher than normal due to a work bonus and the staggered reinvestment of June distributions. They have been directed predominantly to Vanguard's Australian Shares ETF (VAS), with a small recent allocation to Vanguard's international shares ETF (VGS). Following the recent fee reduction in VAS, I have directed Australian purchases through to this ETF, preferring the (slightly) wider exposure it delivers through following the ASX300, compared to the Betashares A200's slightly narrower holdings.
The end of 'the big rebalance' into Australian equities
The reason for the split between Australian and international equity purchases is that this month has seen the effective end of 'the big rebalance' - that is, the gradual movement to a 60/40 split between Australian and international shares.
This was first targeted in my January 2019 review of portfolio targets and allocations. Previously my Australian and international equity allocation was largely just an unconscious and purely mechanical outcome of the splits in various Vanguard retail funds, and a number of smaller side Australian shareholdings.
The last nine months - by contrast - has seen a concentrated direction of new funds and distributions into Australian shares to achieve the targeted balance. The shift has been significant, with the value of Australian shares only overtaking international holdings in the second half of 2018. International shares have fallen from more than a third of total portfolio assets at this start of this record to closer to a quarter.
[Chart]
At the same time Australian equities now make up 42 per cent of total portfolio, and have just reached 60 per cent of the equity portfolio. All this has occurred as the total equity portfolio has grown from $630 000 at the start of this journey, to over $1.2 million this month.
[Chart]
The main vehicles for this expansion over the past two years has been Betashares A200 and Vanguard's VAS ETFs. More recently, as mentioned, I have added Vanguard's global share ETF (VGS) to allow an avenue to keep within the targeted split with future contributions.
Measuring investment income from tax returns
This month also saw completion of my tax return, including explaining my tax position to a brand new tax agent. The tax assessment from this past financial year provides an additional data point about the taxable investment income being generated by the portfolio.
The graph set out below updates the series published last year on taxable investment income. It is taken from the return items for partnerships and trusts, foreign source income and franking credits (i.e. items 13, 20 and 24 on the return, and not including capital gains) over the past nine years.
[Chart]
This shows that taxable investment income has risen only around five per cent over the past financial year. This likely reflects the decline in higher interest payments from a slow rebalance away from Ratesetter towards equities. Taxable investment income is still well short of both the original objective, and even further short of Objective #2.
[Chart]
As previously outlined, there are a range of factors that likely account for the mismatch between tax return income and received distributions. These could include timing differences, capital gains realisations, and potentially even small errors in how I have added in individual return items in past years. I have also continued to seek to avoid double counting and so understatement is also a possibility, given the formats and labelling of tax returns are not always particularly clear.

Forward progress has resumed, with the growing warmth and life of spring. The last few months has been a continual reminder that the fickle direction of market winds may play a greater role than sheer saving and investing efforts at this point in the journey. Focusing on the process, rather than the short-term outcome is therefore almost forced upon one - which perhaps is no bad thing after all. Indeed, increasingly I have wondered whether these now ingrained habits and processes will themselves be difficult to break out of, even as I definitively pass some FI benchmarks in future months and years.
The varying winds will also increasingly dictate where additional contributions are to be made. This is the automatic result of targeting an asset allocation with new contributions rather than active rebalancing through selling existing holdings. In fact, it probably constitutes one of the more difficult tests for a chosen risk allocation, as it will tend to result in buying unspectacular portfolio 'laggards', rather than assets that have recently moved up, without the consolation of taking these new funds from locked in profits elsewhere in the portfolio. This can lead to signals that are easier to follow in theory than in practice.
As an example, currently Australian government bond yields are close to historical lows, and potentially heading lower. This is highly relevant to FI planning, as there is some academic evidence that the 'four percent rule' has a higher failure rate in low bond rate environments.
There is also a strong possibility that bonds are close to the end of a forty year decline in yield - and have nowhere to go. The increasing spread of negative yielding government and corporate bonds around the world, however, also holds out equally plausible but very different possibilities, at least in the short term.
This is more than a hypothetical issue and uncertainty. Through the next 12 months it is possible that my target asset allocation will start signalling a need to buy bonds. This would involve a need to find the right investment vehicle to access this asset at least cost.
On the same topic, this month saw an excellent explainer piece from Aussie HiFIRE on bonds, and also a good discussion from Kurt at Pearler on how to put the modern portfolio theory to practical work in FI portfolio design. Youtube content on FI and portfolio issues seems to be improving all the time as well, including this short video on thinking about the role and value of dividends.All such guidance represents a way of keeping a reckoning on the unfolding horizon, its dangers and subtle deceits
.The post and full charts can be seen here.

Interactive Chart for Bitcoin CAD (BTC-CAD), analyze all the data with a huge range of indicators. BTCUSD Bitcoin Gemcoin Founder Admits to Fraud in $147 Million Scheme Steve Chen, the mastermind behind the $147 million Gemcoin cryptocurrency scheme, has admitted to wire fraud and tax evasion in a plea agreement. Bitcoin Podcasts Jason Hamlin, Ecosystem Insights. The crypto community celebrated when MicroStrategy Founder & CEO Michael Saylor recently tapped the firm’s cash to buy $425 million in Bitcoin. “This is not speculation,” Saylor says. Unlike Bitcoin, Litecoin uses the memory intensive Scrypt proof of work mining algorithm. Scrypt allows consumer-grade hardware such as GPU to mine those coins, meaning that you can still mine Litecoin on a Mac or on Windows either solo or via a pool, something no longer possible for Bitcoin mining. Scrypt, by design, is more accessible for users that want to mine via CPUs or GPU, as ASIC ...

Million Dollar Cash Out Plan for the BULL RUN!! - Duration: 13:25. Chico Crypto 30,883 views. New; 13:25. Tim Draper predicts the price of bitcoin after the halving! - Duration: 49:17. Crypto ... 1 Million Bitcoin @ 9:00 BTC Weekly Charts @ 14:40 BTC $4,400 @ 15:40 BTC Daily Chart @ 22:45 Litecoin @ 25:45 Litecoin Momentum & $60 @ 35:20 Zoom out on all bitcoin price charts. What do you see ... Bitcoin price has many different support areas leaving room for BTC to consolidate for next move up. As always, it is a battle of the bulls vs. bears. With targets for btc price to $12k and down ... Bitcoins: Das neue Gold? Läuft die Kryptowährung dem gelben Edelmetall etwa den Rang ab? Wenn Du die Performance von Bitcoins und Gold in letzter Zeit vergleichst, sind Bitcoins die klaren ... In this Bitcoin technical analysis, I'll use technical analysis on the Bitcoin price to make a Bitcoin price prediction. Will the Bitcoin halving spark the n...